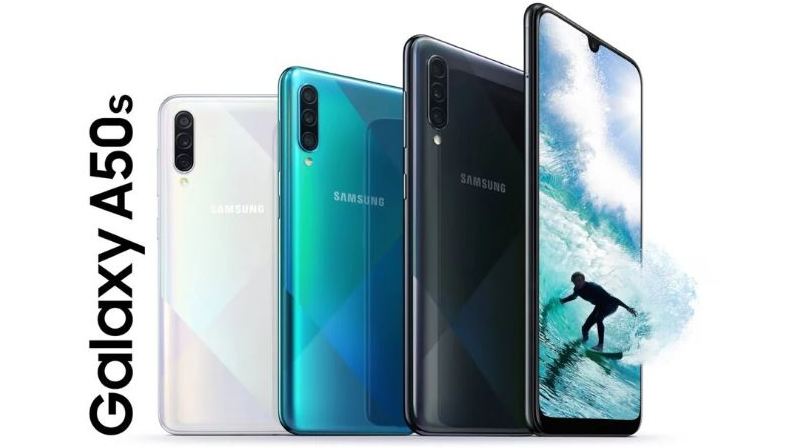 Samsung has today launched its brand new smartphone, the Galaxy A50s in Nepal. The Galaxy A50s is an upgraded version of the Galaxy A50 which was unveiled earlier this year. Some of the key highlights of the phone include Super AMOLED displays, triple rear cameras, an in-display fingerprint scanner.

The Galaxy A50s comes with a 6.4-inch FHD+ Infinity-U Super AMOLED display with a screen resolution of 1080×2340 pixels. Inside, there’s an octa-core Exynos 9611 processor accompanied with Mali-G72 MP3 GPU and AI-powered Game Booster. The phone has 6GB of RAM and 128GB of onboard storage that supports memory expansion via a microSD card. The smartphone runs on Android 9 Pie with One UI on top. Also, it comes with an in-display fingerprint scanner.

As for the cameras, the Galaxy A50s sports a triple rear camera which includes a 48-megapixel primary sensor with f/2.0 aperture lens, an 8-megapixel ultra-wide-angle lens, and a 5-megapixel depth sensor. Upfront, there is a 32-megapixel camera with an f/2.0 aperture lens. Also, it’s the first Galaxy A series phone to support the Night Mode feature.

Luckey Lama - November 24, 2017 0
Latest
Chinese smartphone maker Coolpad has really been around since 1993 and has turned out to be one of the biggest smartphone vendors in China....
Facebook Instagram Twitter Youtube
© 2021 Ingadget Nepal
MORE STORIES