Let’s talk about the display first,t he Moto G5S features a 5.2-inch Full HD Display (1080P) and is powered by Qualcomm Snapdragon 430 Processor coupled with 3GB of RAM. The internal storage in this device is 32GB which is further expandable up to 128GB via a microSD card.

In the camera department, the Moto G5S packs a 16-megapixel rear camera with an aperture of f/2.0 and a LED Flash. Up front, there is a 5-megapixel wide-angle camera with f/2.0 aperture. Both front and the rear camera comes with LED Flash support. The Moto G5S is backed up by 3000mAh battery which supports TurboPower charging feature. The company claims to offer 5 hours of battery in just 15 minutes of charging. The devices run on Android 7.1(Nougat).

Moto G5S Plus is the bigger variant of the Moto G5S featuring 5.5-inch Full HD (1920×1080 pixels) display, powered by Qualcomm Snapdragon 625 chipset clocks at 2.0 GHz paired with 3GB RAM.  There are two variants available i.e. 3GB RAM+32GB storage and 4GB RAM+64GB storage. Just like Moto G5S, the storage in Moto G5S Plus can be expanded via a microSD Card.

The device sports an 8-megapixel wide-angle front camera with LED Flash. And on the rear side, a 16-megapixel dual rear camera with a portrait mode. The device is backed up by a 3000mAh battery which supports Turbo Charging feature. 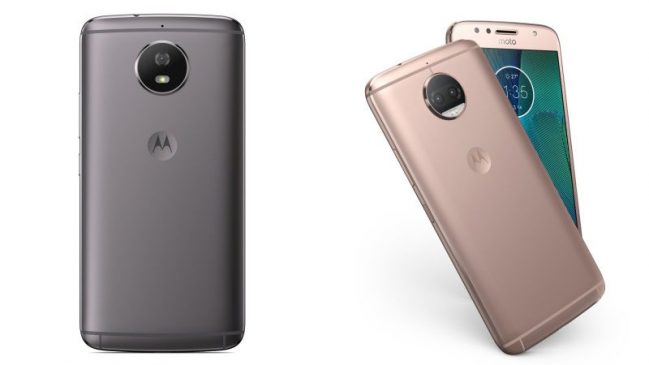 What do you think about the new upgraded Moto G5S and Moto G5S Plus? Let us know in the comments section below