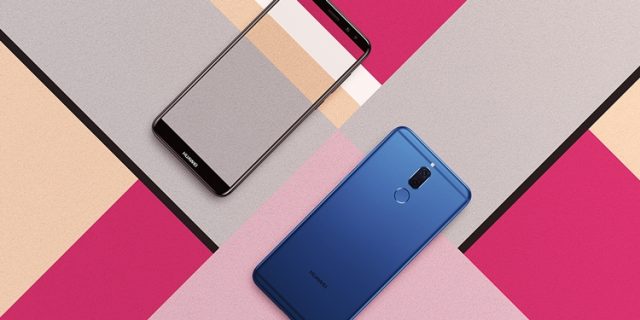 Chinese-based company, Huawei has finally announced its much-awaited smartphone-the Nova 2i in Nepal. Huawei Nova 2i is the first phone in Nepal to launch with 4 cameras and carries a price tag of Rs.33,900. Following this year’s smartphone trend, the Nova 2i also comes with the new 18:9 aspect ratio display. As of now OPPO F5 and Huawei Nova 2i are the only phones available in Nepal to feature the new 18:9 aspect ratio display.Read more to find out Huawei Nova 2i Price In Nepal, Specifications., Features.

Specifications wise, the new Nova 2i has a 5.9-inch FullView HD(1920 x 1080 pixels) display with an aspect ratio of 18:9. The display is protected by the Corning Gorilla Glass. The phone is powered by its own homemade 64-bit HiSilicon Kirin 659 chipset clocked at 2.36GHz aided by 4GB of RAM and 64GB onboard storage. The storage can be further expanded via a microSD card for up to 256GB. The Nova 2i operates on Android 7.0 Nougat and is backed by up 3,340mAh battery. The phone doesn’t include a USB Type-C port and lacks fast charging support which is a bit disappointing considering its price.The fingerprint scanner is mounted on the back of the smartphone.Connectivity options include 4G, Wi-Fi 802.11 a/b/g/n/ac, GPS, Bluetooth, USB OTG and Dual-Sim Support.

Coming to the camera, the phone sports an unusual camera configuration. I mean to say that it comes with four cameras – two on the front and two on the back side. The rear has a 16MP dual camera setup combined with a 3MP secondary camera. In the front, there’s a 13MP primary sensor with a 2MP secondary sensor. Both dual cameras can produce ‘Bokeh Effect’ style pictures and you can even readjust the effect after the photo has been taken.

The Huawei Nova 2i Price in Nepal is Rs.33,900. The phone comes in multiple color options-  Black, Blue, and White.

As a whole, Huawei Nova 2i aka Huawei Mate 10 lite is a great mid-range phone and succeeds on several aspects- it’s design is stylish and robust, a gorgeous FullView Display and houses a premium build quality however its a bit underwhelming to see the phone lacking USB Type-C and quick charge ability. Apart from that the Huawei Nova 2i is definitely a great phone and should be considered as a true contender for the mid-range crown.

What are your thoughts on the new Huawei Nova 2i smartphone? Let us know down in the comment sections.