Motorola has finally unveiled its most awaited Moto Z2 Force Smartphone. Moto Z2 Force is the successor of the previous year Moto ‘Z Force’. It comes with some impressive specs and improvised ShatterShield technology. The new redesigned Shatter-Shield display will prevent it from breaking or shattering in extreme environments.

Talking about the specs, the Moto Z2 Force features a 5.5-inch Quad HD AMOLED Display protected by Moto ShatterShield panel. The device is powered by latest Qualcomm Snapdragon 835 processor coupled 4GB/6GB RAM and 64GB/128GB internal storage which is further expandable up to 2TB via a microSD card. The only downgrade of this device is its battery size which has reduced down to 2730mAh from 3500mAH. 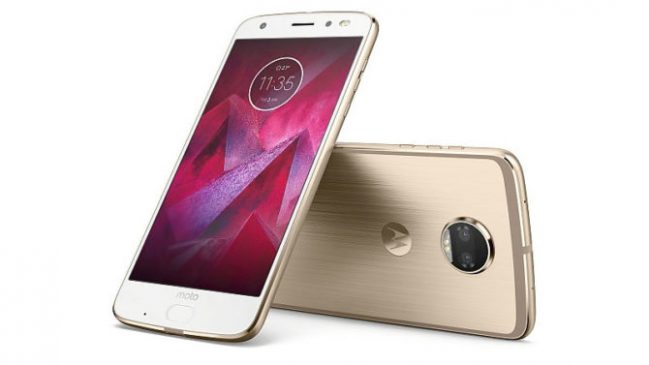 At the back, you’ll find a dual camera system (12- megapixel + 12-megapixel) f/2.0 aperture with phase detection, deal-Led Flash, and laser autofocus. On the front, there is a 5-megapixel camera with f/2.2 aperture and a dual-tone LED flash.

Motorola has also introduced a new Moto Mod along with device. The new Moto 360 camera will allow you to record 360-degree 4k videos with 3D audio. You can also capture 150-degree ultra wide angle still images. Moto 360 camera is priced at $299 ( Rs.30,797) and will be available to purchase globally from August 10.

Moto Z2 Force is priced at $750 (Rs.77, 315) and will go on sale starting from August 10. The pre-orders have started from today at Motorola.com. The Moto Z2 Force is available to purchase in three different color-variants, including Black, White-Gold, and Slate Gray.