CG Mobiles today launched a new smartphone under its Omega series in Nepali market, the OMEGA 8. Priced at just Rs 12,999, the Omega 8 comes with a solid metal body with 2.5D curved glass on the front and also features a new 18:9 aspect ratio display. In addition, users will also get free 1-year of insurance upon the purchase. 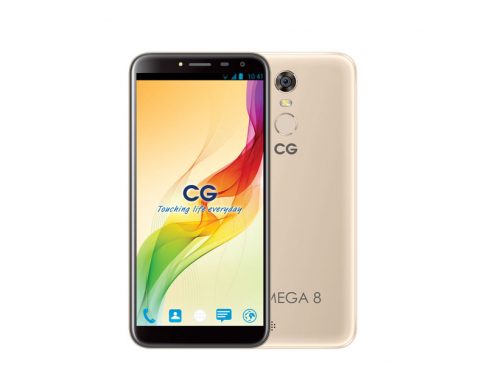 Specs-wise, the phone comes loaded with a 5.5-inch HD+ Infinity display with a resolution of 1440 x 720 pixels and 18:9 aspect ratio. Under the hood, it is powered by a 1.3GHz quad-core MediaTek MT6737 processor paired with 2GB of RAM and 16GB of internal storage. The storage can be further expanded up to 128GB via a microSD card. The phone is backed up by a 3,000 mAh battery and comes with Android 7.0 Nougat operating system. As for the connectivity, it offers 4G VoLTE, Wi-Fi 802.11 a/b/g/n, Bluetooth, GPS/ A-GPS, Micro-USB, and a 3.5mm headphone jack. You can find the fingerprint sensor at the back of the phone.

For photography, the phone packs a 13-megapixel rear camera with  LED flash and PDAF. On the front, there is a 5-megapixel front-facing camera.

What do you think about the CG’S Omega 8 Smartphone? Let us know your thoughts in the comments section below!

You May Also Like: Huawei Smartphones Price In Nepal

Everything you need to know about CG NET

Everything you need to know about CG NET